How Air Jordans Became the Greatest Shoes of All Time! 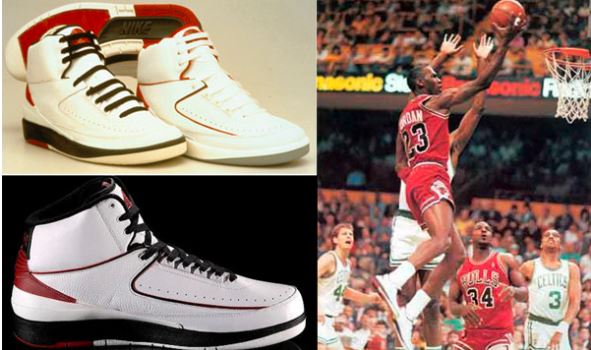 The modern-day sneaker culture was built on the celebrity limited release. When Michael Jordan first signed with Nike in 1984, the star-endorsed shoes were expected to produce $4 million in sales annually – they did $100 million in the first 9 months.

Nike president and co-founder Phil Knight said it was “the perfect combination of a quality product, marketing, and athlete endorsement.”

Backed by an up-and-coming all-star and a rock-solid marketing strategy, Nike’s Air Jordans quickly became the most sought-after shoe in the world.

Today, Nike releases shoes pretty regularly – their August 2019 lineup is already stacked with 10 new sneakers, but none have quite the impact of any Nike-Jordan combo.  After more than 20 years, Air Jordans are still the Greatest Sneaker of All Time.  Let’s dig into why.

Nike’s public relations department has not limited their celebrity line-up to basketball stars – or even to athletics. In 2017, the famous designer Virgil Abloh was spotted wearing his special edition of the Air Jordan 1s, called Off-White, to the Met Gala. Nike is seeing these shoes resell for over $2,500 a pair.

Likewise, Travis Scott collaborated with Nike to create a special edition of Jordan 1s that became the most sought-after sneaker of 2019.  Other Nike sponsors include DJ Khaled and Don C, both with shoes reselling at astronomical prices. But, how does the aftermarket value help the Nike brand? Let’s talk about the art of the limited release.

It’s obvious that resellers thrive off limited releases, which is why you’ll find folks camped out at stores waiting to snatch up as many pairs as they can. But, what’s not so obvious is Nike’s hand in the pot – inconspicuous, as intended.

The reality is that limited supply releases work like free marketing for The Swoosh.  By expertly balancing demand fulfillment with deadstock, Nike is able to keep an air of exclusivity while limiting resale.  Despite the significant multiplier garnered by certain celebrity limited releases, most are coordinated with such precision that only a fraction of the release hits the resell market – roughly 4% (StockX).

Drops may sell out instantly – keeping Nike and Jordan at the forefront of the sneakerhead conversation – but without being so limited that resellers can charge huge premiums where Nike could have been making retail sales.

All this trickery is backed by extraordinary supply chain precision.

The balancing act requires Nike to accurately predict future demand of new products that are likely one-of-a-kind. Hitting the right production number is crucial to the limited release strategy. Nike typically follows their initial release with a later replenishment or “re-release” to capitalize on the heightened demand after selling out.

The hype also contributes to boosted sales for later releases of the same line, like in the case of 2013’s What The LeBron X and 2014’s What The LeBron XI, where a string of unrequited demand contributed to selling a similar shoe at the same price, but much greater volumes the following year.

Demand shaping is mainly promotional activity driven by marketing teams.  The premise is to create a large amount of hype around a product and then just-barely fill the demand.  This improves the overall brand value.

Even though it’s counter-intuitive to Supply Chain Management (SCM)’s usual focus on perfect-order fulfillment, it does not mean SCM doesn’t play a role.

Getting the demand forecast right is still very important and helps Nike manipulate supply and demand to rise to the top of the sneaker game year after year after year.