Research: When Overconfidence Is an Asset, and When It’s a Liability 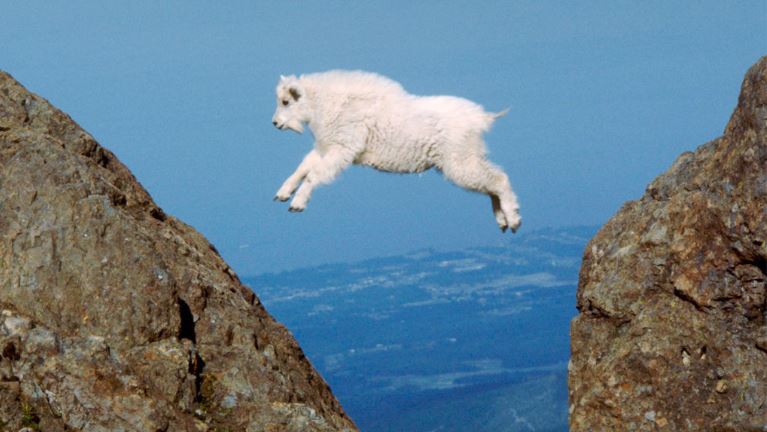 What happens to people who are overconfident? Are they generally rewarded, promoted, and respected? Or do we distrust them and avoid collaborating with them? Our research suggests it may depend on how they express confidence.

One way people express confidence is verbally. We make specific, numeric expressions of confidence in our judgments, such as when making probabilistic forecasts (e.g., I’m 90% sure), or when estimating our performance relative to others (e.g., I’m in the top 10%). Much of the research on overconfidence looks at verbal expressions of overconfidence, because these can more clearly be compared to actual performance and outcomes.

But this is not the only, or even the most common, way that people express confidence. There are a number of nonverbal things we do, using body language and tone of voice, to appear confident. For example, people who feel confident tend to act dominant—speaking boldly and loudly, at a rapid pace, and starting the conversation with their own opinion. They may also nod their head for emphasis and generally have a larger presence in the room. They are seen as powerful, and others defer to them. These nonverbal expressions of confidence aren’t always perceived accurately, however, as things like culture and context can lead to different interpretations.

Both channels of communicating confidence, verbal and nonverbal, can be extremely effective at garnering positive attention and influence in groups. According to one hypothesis (the presumption of calibration hypothesis), we generally assume others have the self-knowledge to know how confident they should be, and we also assume they will truthfully communicate this confidence to us (the so-called truth bias), unless extenuating circumstances suggest otherwise. So whenever we encounter confidence, we tend to find it compelling, and we expect it to be justified.

Sometimes though, we find out information that suggests someone was actually overconfident and makes us second-guess our initial view. Maybe they said they were extremely sure, or their body language exuded confidence, and it turned out they were wrong. Here, the research has been mixed about the consequences of overconfidence.

Some research has reported that being overconfident while participating in a group activity did not damage the person’s reputation. Individuals who had acted confident about their task performance, but were later revealed to be worse at the task than they had claimed, did not suffer a severe drop in their social status in the group relative to someone who had been well-calibrated. The researchers concluded that “the status benefits of overconfidence outweighed any possible status costs”.

But other research, using vignettes or videos of people, found that eyewitnesses and job applicantswho verbally stated their confidence level to evaluators did take a large reputational hit once additional information suggested they had been overconfident. For these individuals, it seems they could have saved their credibility by being more modest.

In a series of studies recently published in the Journal of Personality and Social Psychology, we teamed up with other researchers to investigate why some of us had previously observed that overconfidence could be a liability, while some of us had found it was not. We noticed a pattern in the existing research: that the confidence expressions in studies on in-person groups were primarily nonverbal; whereas in studies with vignettes or videos, they were primarily verbal. So we tested whether the way confidence was expressed was what determined the consequences of being overconfident.

In our first study, we asked 444 online participants (mTurkers) in the U.S. to choose between two candidates to collaborate with on a task–one who was confident and one who was cautious. Participants overwhelmingly selected the confident candidate, regardless of whether confidence was described using verbal statements from the candidates, or was inferred from how the candidates carried themselves on recorded video. Then participants received performance information that could help them detect overconfidence; they found that, despite their confidence, all candidates were equally mediocre at a pre-screening version of the task.

We repeated this study with male and female candidates, and with two different types of tasks (an emotional IQ test and guessing strangers’ ages from photographs). We observed the same pattern of results. Confidence was always beneficial to a candidate initially, but if the candidate’s performance did not live up to expectations, then the channel of communication became a deciding factor in the candidates’ desirability as a collaborator.

In a follow-up study, we replicated this finding with 256 undergraduate participants, some of whom got to meet the candidates in person, ask them questions, and observe their nonverbal behavior, before selecting a collaborator; while others in the verbal behavior condition read the same verbal statements as in the first study. We saw even stronger results.

Why might the channel of communication have such an important role in whether overconfidence is a social liability? One feature of nonverbal behavior is that it is not so clearly tied to a specific, falsifiable claim as are verbal expressions. We explored whether this was what mattered in follow-up studies.

In another follow-up study, we again found evidence to suggest that channel of communication played a key role because of plausible deniability. This time we used a judge-advisor paradigm, in which we asked 302 undergraduate participants, many of whom were majoring in business, to act as managers evaluating advisors. The advisors expressed confidence or cautiousness about their decisions on a recorded video, with varying levels of plausible deniability. For example, in one condition, the advisors expressed confidence, or lack thereof, with the video sound on mute to showcase their nonverbal behavior (e.g., head nodding for emphasis).

The results replicated our previous studies, in that confidence, no matter how it was expressed, was beneficial until it became clear that performance fell short. Then, overconfidence cost the advisors. But those who expressed confidence nonverbally  (with a higher level of plausible deniability) did not lose all of their initial advantage.

These studies point to one reason why some people are penalized for being overconfident while others are not. It’s harder to hold people accountable for overestimating their abilities or knowledge when they express that confidence in nonverbal ways. It’s important to recognize these cues that demonstrate confidence – standing tall, speaking loudly, and dominating conversation – to avoid  giving those who are overconfident undue influence.  You can also hold colleagues accountable by asking them to be specific in their confidence assessments and by verifying their accuracy over time.