The Definitive Guide to Transportation Terminology to Stay on the Same Logistics Page! 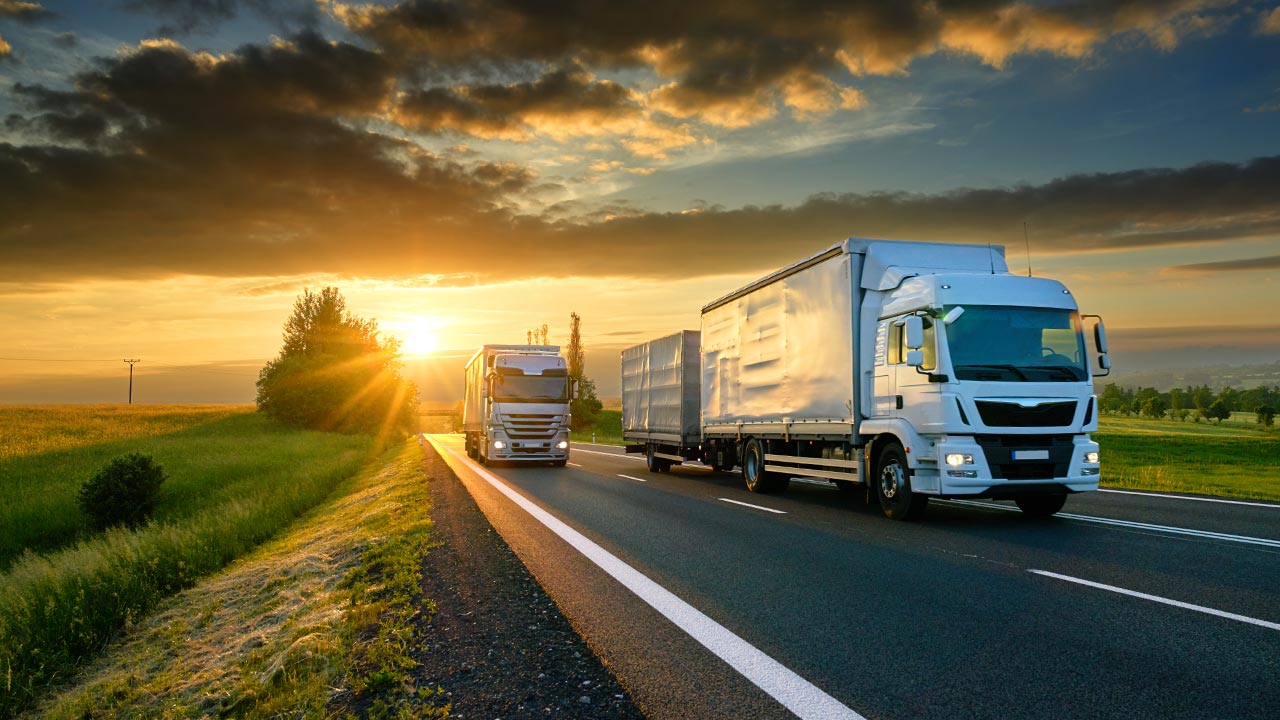 Many experts believe that the root cause of many industry wide issues stem simply from not all of the players in any given industry not using the same terminology. Think about that for a moment and then let’s use a metaphor like Football as an example industry. If someone from say Mexico came to America, and we said the term “football” they would think we are playing soccer. Or, let’s say if the quarterback thought an inside route for a receiver was called “the slant” but the receiver thought an inside route was called “a flop”. Well, as you can imagine, many teams wouldn’t be able to have a good passing game. In any industry, the same terminology can be the difference between success or failure. The same is true in transportation terminology and logistics.

Whether you are new to the transportation industry, are a seasoned veteran, or just want to better understand transportation terminology, this comprehensive reference guide is for you. The following is a list of widely used terms which will help you with deciphering bills, articles, comments, and communications made by transportation professionals and the mainstream media in reference to everything transportation.

• Backhaul (Head haul): The return movement of a transportation vehicle from its delivery point back to its point of origin.

• Bill of Lading (BOL): Paper document between a shipper and carrier acknowledging the receipt of goods for transport. Describes the nature of the cargo, amount of cargo by weight, size and/or number of pieces, and the origin and destination of cargo.

• Broker (freight): Individual or company that serves as a liaison between another individual/company that needs shipping services and an authorized motor carrier. Determines the needs of a shipper and connects that shipper with a carrier capable of transporting the items at an acceptable price.

• Carrier: Utilizes trucks and/or trailers to move goods from point A to point B.

• Coil Racks: Prefabricated cradles made of wood or steel made to hold rolled coils to keep them from rolling on a trailer.

• Compliance, Safety, and Accountability (CSA): An FMCSA program designed to provide motor carriers and drivers with attention from FMCSA and State Partners about their potential safety problems with the ultimate goal of achieving a greater reduction in large truck and bus crashes, injuries, and fatalities.

• Commodity: Any article of commerce, including raw material, manufactured or grown products.

• Consignee: The person or location to whom the shipment is to be delivered whether by land, sea or air.

• Container (Shipping Container): Standard-sized rectangular box used to transport freight by ship, rail or highway. International shipping containers are 20’ or 40’, conform to International Standards Organization (ISO) standards and are designed to fit in ships’ holds. Domestic containers are up to 53’ long, of lighter construction and are designed for rail and highway use only.

• Distribution Center (DC): A location where goods and materials are stored until they are ready to be moved to their end destination.

• Dead-Heading: Operating a truck without cargo.

• Declared Value: The value of a shipment imported for resale, as declared by the shipper or owner.

• Dedicated Team: A team of drivers who take turns driving a dedicated truck.

• Dedicated Truck: Refers to a driver pulling freight for one specific customer only, where only that load is on the truck. No partial loads can be added.

• Detention/Demurrage: Charge by the carrier for excess retention of their equipment. Typically caused by untimely loading or unloading.

• Door-to-Door: Synonymous with Thru Trailer Service (TTS) but can also mean simply handling the shipment from the shipper to the consignee.

• Double Drop: A flatbed with the lowest deck. Normally used for oversized or over-height loads.

• D.O.T. Number: License administered to for-hire carriers by the Department of Transportation. (Not the same as Motor Carrier #).

• Duty Status: Drivers must maintain a daily 24-hour logbook (Record of Duty Status) documenting all work and rest periods. It must be kept current to the last change of duty status. Records of the previous 7 days must be retained by the driver and presented to law enforcement officials on demand.

• Escorts: Vehicles assisting in the movement of large, over-dimensional shipments. Escorts make sure the truck has plenty of space to move and alerts drivers of a shipment coming towards them. Help stop traffic with beacon lights and/or flags.

• Excess Value: Amount of declared value of a shipment that is above the carrier’s limit of liability.

• Expedited: The process of shipping at a faster rate than normal. Usually includes team drivers, overnight and/or air services.

• Freight Class: In LTL shipping, the category of freight as defined by the National Motor Freight Traffic Association. Identifies the size, value, and difficulty of transporting your freight. This determines the carrier’s shipping charges.

• Freight Forwarder: Facilitates shipping of goods for a third party. Similar to a ‘Freight Broker’ but typically handles international goods, is defined as a carrier and can be held responsible for claims and loss of cargo.

• Fuel Surcharge (FSC): The price of fuel can substantially change the cost of moving freight. Therefore, the Energy Information Administration of the U.S. Department of Energy publishes a U.S. National Average Fuel Index every week. Transportation companies will often include a FSC to the cost of moving freight either based on cents per mile or percentage of the line haul amount.

• Hot Shot: Smaller trailers that are pulled by larger pickup trucks. Typically 24-40’ in length and cannot handle as much weight as a regular tractor trailer. Common for moving smaller loads or LTL shipments.

• Hours of Service (HOS): Regulations that put limits for when and how long drivers may drive.

• Interchange Agreement: Agreement and/or contract between two companies to switch or take control of a trailer in order to pick up and deliver shipments. Common along border towns between Mexican and U.S. companies in order to cross the border.

• Intermodal: A single trailer or container that encounters multiple forms of transportation along its route, such as truck/ship or truck/rail.

• Just in Time (JIT): Manufacturing system which depends on frequent, small deliveries of parts and supplies to keep on-site inventory to a minimum.

• Lane: A move from point A to point B. Many companies will have a lane that they run on a regular basis called a “dedicated lane”.

• Layover: When a driver is detained overnight or for a 24-hour period while waiting to pick up or deliver a shipment. Fees are usually involved.

• Line Haul: The rate per mile in dollars and cents for transporting items.

• Logbooks: Books carried by truck drivers in which they record their hours of service and duty status for each 24-hour period. These are required in interstate commercial trucking by the U.S. D.O.T.

• Less-Than-Truckload (LTL): Quantity of freight less than that required for the application of a full truckload (FTL) rate. Often a carrier will place several LTL shipments on the same truck to reduce the cost to the shipper.

• National Motor Freight Classification (NMFC): A standard comparison of commodities moving in interstate, intrastate and foreign commerce. There are 18 commodity classes based on an evaluation of four transportation characteristics: density, stowability, handling and liability. These characteristics establish a commodity’s transportability.

• Owner-Operator: Truck driver who owns and operators their truck(s).

• Over-Dimensional (Wide Load): Cargo that is larger than the legally defined limits for width, length, height, and/or weight and cannot be broken down into smaller units.

Pallet Jack: A tool used to lift and move pallets and other heavy packages and products.

• Partial: Truck used to compile multiple shipments from several customers in order to utilize the entire truck. Due to this, transit times can be longer than dedicated truckloads due to multiple stops.

• Placard: Warning signs placed on all four sides of a trailer denoting that they are carrying hazardous materials.

• Proof of Delivery (POD): Signed documents (usually a Bill of Lading) that show a shipment was received at the delivery location.

• PRO number: A number assigned by the carrier to reference the shipment. This is also used for tracking.

• Pup Trailer: Short semitrailer, usually between 26’ and 32’ long, with a single axle.

• Ramps: Carried by some open deck truckers to help facilitate the loading and offloading of shipments. Mostly found on step decks that are trying to haul cars and other drivable equipment.

• Rate Confirmation: A document that confirms the agreed upon amount for the cost of service between the shipper and carrier.

• Reefer: A trailer with insulated walls and a self-powered refrigeration unit. Most commonly used for transporting food.

• Removable Goose Neck (RGN): A specialized type of heavy-haul flatbed trailer that can provide drive-on drive-off accessibility. The trailer deck is attached to a “gooseneck” which can be raised and lowered then removed from the trailer for transportation.

• Shipper: Consignor, exporter or seller named in the bill of lading, who may or may not be the same as the party responsible for initiating a shipment.

• Sliding Tandem: Mechanism that allows a tandem axle suspension to be moved back and forth at the rear of a semitrailer, for the purpose of adjusting the distribution of weight between the axles and fifth wheel.

• Straps: Strong vinyl straps used to secure and tie down freight to a trailer.

• Tanker: Cylinder designed to haul liquids like fuel or oil.

• Team (Driver Team): Team of two drivers who alternate driving and resting. This practice is typically used for expedited shipments but will have a greater cost.

• Thru Trailer Service (TTS): When cargo remains on the same trailer during an international shipment. This is the opposite of a trans-load and is generally considered safer by most companies.

• Trans-Load: The movement of a product from one trailer to another trailer in order to keep a shipment going. This is standard practice at international U.S. borders where carriers can only operate in one country and must pass off the load to a carrier authorized to transport loads in the country of the load’s destination.

• Truck-Mounted Crane: A self-propelled loading and unloading machine mounted on a truck body.

• Truck Order Not Used (TORD): When a shipper orders a truck to pick up but cancels after a truck has been dispatched. There is typically a fee associated with this.

• Van: An enclosed boxlike motor vehicle having rear or side doors and side panels used for transporting goods.